This time last week I was merrily sat on the train home, head full of knowledge from the C19 Matters Public Engagement Training day at the beautiful Chawton House Library, Hampshire.

Designed for PhDs and ECRs and generously sponsored by BAVS and BARS, the event aimed to give an introduction to the practical points of public engagement for researchers of C19 studies.

After a very welcome cup of coffee, AHRC Director of Research Mark Llewllyn kicked off the day with a talk on ‘Living (in) the Library,’ recounting the highs and lows of his post-doc days living in and working on William Gladstone’s personal library. Public engagement can mean many things, Llewellyn said, not in the least justifying publicly funded research as academics as being of public interest. He noted that historical myths can be a fantastic bridge on which to meet the public as a point of interest, to retell a historical narrative together according to both parties’ interests. Above all, he said, public engagement is a two-way dialogue, not merely lecturing the public but listening to them. Both must meet halfway – a point best illustrated by his demonstration of William Gladstone’s bookplates for a television crew only after they had extensively filmed him donning the white gloves in traditional ‘let’s look at a manuscript’ fashion, although they were unnecessary. 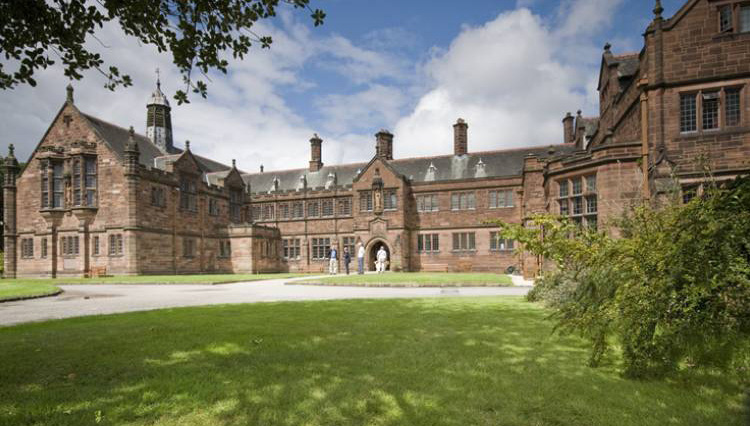 Following a short break, the next panel of the morning looked at case studies of public engagement projects.

Claire Wood of the National Co-Ordinating Centre for Public Engagement opened with a talk on ‘The 3 Ps of Public Engagement,’ outlining the practical points of organising events. The audience is absolutely key in any public engagement event, so every attempt must be made to create an accessible and enjoyable format for all, being mindful of the purpose of the event. She also pointed us to some great resources available from the National Co-Ordinating Centre for Public Engagement for event planning, as well as their ‘Research For All’ journal in which to share experiences and results of collaborative research.

Next up was Gillian Dow of Southampton University and Chawton House Library on ‘The Dangers of Public Engagement.’ Dow recounted her experiences of designing the ‘Emma 200‘ exhibition at the Library, noting first of all how brilliantly centenaries can become a selling point for making research relevant to the modern day. ‘Emma 200’ had various intersections with Jane Austen’s companions in the literary canon, including Shakespeare and Charlotte Brontë, who  last year celebrated their 400th and 200th anniversaries, respectively. A great opportunity to use literary studies in public engagement, Dow used intertextuality between the three writers to show them off to their existing fans, as well as to widen access to the community and the media. That said, media coverage has its pitfalls: Dow emphasised the importance of clarity in communicating research to the public, as her own research interests in the international book trade meant that journalists confused the preface to the French edition of Emma with another artefact. Beware also, she said, that not everyone will be thrilled with looking at manuscripts, as ITV coverage of clips from film and television adaptations received more airtime than the texts themselves. She concluded, “you can lead the public to your research, but you can’t make them read it.”

Mary Guyatt of the Jane Austen House museum followed, exploring the benefits of collaboration between universities and museums. In short, neither have much funding: why not collaborate? There is a joint need between both HE and heritage sectors for public engagement, and collaboration allows staff to bring all their skills to the table. Using a dual exhibition and conference as an example, Guyatt showed  how museums could offer accessible box offices and wider marketing audiences, while universities can attract fantastic speakers from across academic networks. Academics could enjoy lectures at an exhibition/conference, while film screenings could be made available at a cheaper rate to the public. Even the seemingly smallest tasks can benefit from inter-sector collaboration, Guyatt noted, with label-writing as a great example of where detailed research needs to be made accessible. Her top tip for organisers of future events was to keep the audience firmly in mind: not everyone will think like you. In the final talk of the panel, Holly Furneaux, of Cardiff University and the National Army Museum, shared her experience of the ‘Military Men of Feeling’ in the Crimean War project, delivered in local primary schools. Not quite sure what to expect from allowing the children to handle objects from the museum and discuss the feelings they evoked, she found the responses generated by the children extremely nuanced and fruitful. From a handling session in which the children discussed the feelings (emotional, physical, sensory) associated with each object, a trip to the record office to enthusiastically transcribe letters from the collections, these ‘fact finding’ trips evoked complex discussions by the children, who used them to compose their own military ballads which were performed at a church concert and recorded. The final audience for the project included not just Furneaux, the primary school teachers, and the classes, but parents, local press, and future visitors to the record office.

Contentedly full of both food and food for thought after lunch, we broke into small groups for a brainstorming workshop. After we each attempted to summarise our current research onto a postcard (no easy feat!) We were given cards to shuffle to create a table of different settings and audiences with whom to engage our research and pleasingly enough, found an idea for everything! Building upon each others’ experiences of different events we constructed some great ideas, happy to find that there was seemingly nothing that wouldn’t work – even with unexpected combinations, such as research on mental health stigma engaging with families with young children. I’ve since had the wheels turning in my own mind for an event on print culture – watch this space. 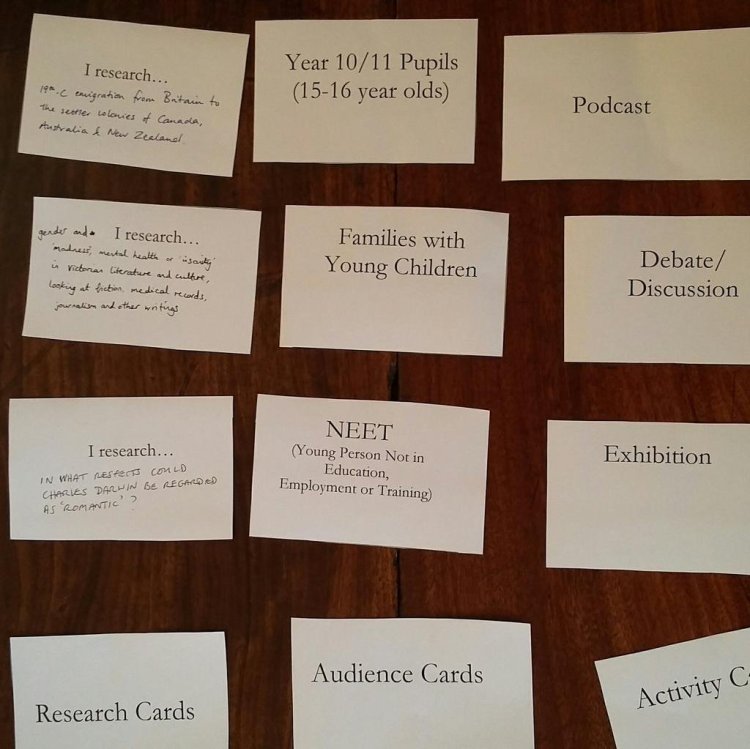 Overall, it was a fantastic day with lots to think about, one I would heartily recommend to any other PhDs thinking ahead to public engagement. Massive congratulations are due to organiser Catherine Han for a fantastic day of lively discussion. 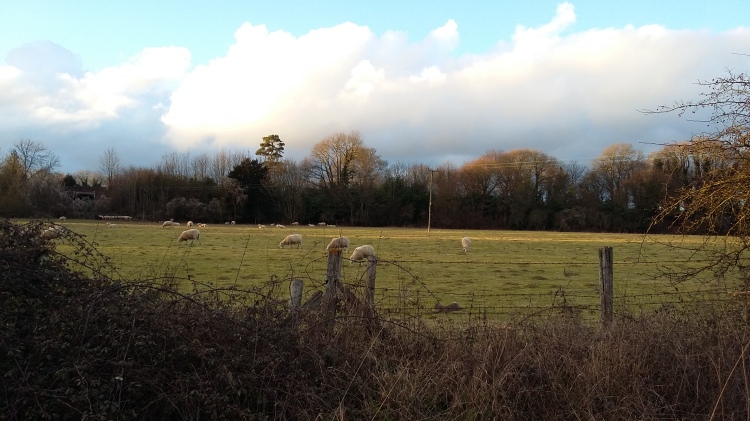 Scenery on my way home.

I was able to attend this event thanks to small award funding from WRoCAH.

Update: This has been edited to correct some small details – the NCCPE is part of the University of the West of England, not separate as previously stated, and the director research at the AHRC is Mark Llewllyn.

A cheeky trip to @hydeparkph before it gets refurbished turned into me full on sobbing for an hour and a half at Little Women (2019). It was so wonderful, warm, and hearty and so perfect.
If you can get to Scarborough, get yourself to the Woodend Gallery for their exhibition 'Anne Brontë p. 200'. 200 works by 200 artists, each based on a page of Brontë's brilliant Tenant of Wildfell Hall, in celebration of her 200th birthday. I was a lucky girl to have gotten some brilliant post today, the book of the exhibition, thanks to contributor @jilltattersallartist! It's a really beautiful book, and a must for Anne fans 💖
Fab article about the rise of 'instagram face' as the 2010s defining beauty standards. https://www.newyorker.com/culture/decade-in-review/the-age-of-instagram-face?utm_source=twitter&utm_medium=social&utm_campaign=onsite-share&utm_brand=the-new-yorker&utm_social-type=earned
#2019 has been really hard. In late 2018 one of my PhD supervisors left work due to illness, and my beloved uncle Des passed away from Brain cancer. At the start of the year I left my relationship of over two years because I just wasn't happy anymore. I had to move it of the house I shared with my ex and, having no money, lived in my friends' spare room in York for 4 months. My Nana died. I moved back to Leeds. My parents moved away to Australia. I'm still doing a PhD and wasn't able to take sickness or bereavement leave. None of that is in my instagram #best9of2019. I did hair modelling in Glasgow, bought a raincoat that made me look like a jacket potato, found an amazing fancy dress outfit, voted in the EU election, converted my students to enjoying poetry, and published an essay in a pamphlet for the general public! None of those smiles would have been on my face it if weren't for my absolutely amazing bunch of friends and my understanding supervisor. Thank you. Thank you. Thank you.
Book 15 of #2019 was Queenie by Candice Carty-Williams. It made me laugh and cry the whole way through, and it's a beautiful snapshot of the life of a young black British woman in 2019. . . . .#queenie #candicecartywilliams #bookstagram #contemporaryliterature #blackbritishwriters #blackwomenwriters #womenwriters #fiction
Book 14 of #2019 was The Passing of the Aborigines by Daisy Bates. I've wanted to learn more about Aussie, and especially Aboriginal history for years. Daisy Bates was a journalist for W. T. Stead before she emigrated to Australia in the 1890s and set about learning the ways of the dwindling Aboriginal populations of Western Australia. This book, adapted from her diaries, are very much the in the oddly scientific anthropological style of the time, but with more sensitivity and empathy to the people she lived with and nursed from the white settlers' diseases. . . . .#passingoftheaborigines #daisybates #australianauthors #victotianliterature